If one were asked to name a prolific atonal composer, the answers would likely include Arnold Schoenberg, Anton Webern, or Alban Berg; an unlikely answer would be Hale Smith. Growing up, Hale was involved in classical and jazz ensembles, and these musical experiences shaped his eventual approach to composition. A student of Marcel Dick, a colleague and friend of Arnold Schoenberg in the 1920s, Smith combined atonal and serial techniques into his works alongside African-American rhythmic elements. Horace Maxile describes Smith’s oeuvre as reflecting “a sensitive interaction between the worlds of the African-American vernacular and music of the European tradition.” <1>

Three Brevities for Solo Flute, one of Smith’s lesser-known works, was composed in the middle of his career, in 1969. The first movement, dedicated to flutist Nancy Turetzky, opens with two iterations of pitch-class set (027) through a T3 transformation. This trichord is quartal and open to possibilities, a feature Smith utilizes to his advantage in several of his works, such as Evocation. The trichord (027) appears here as a succession of two interval-class (ic) 5’s and is found frequently in jazz-themed works by Smith. <2> The other primary trichord employed by Smith in this movement, (016), appears more sporadically, and is related to (027) though it may seem audibly disconnected. Ic5 is maintained between the two trichords, yet the whole tone found in (027) is contracted into a semitone in (016). Smith utilizes the common ic5 in dyadic moments in order to illicit uncertainty and blur the lines between the two trichords. The dichotomy between these two trichords is further emphasized as (027) is symmetrical and (016) is asymmetrical. Smith plays upon the contrast between these two trichords through alternation and by focusing on their audible difference, the whole tone and semitone. This alternation can be seen in Example 1, which shows the frequency of these two trichords in mm. 1–15. This opposition is played out on a large scale as exactly halfway through the movement, the piece is performed in imperfect retrograde; the symmetry is altered as two measures of unrelated material are inserted in different locations for each half of the piece.

Dedicated to composer Wallingford Riegger, the second movement supposedly features the basic motive of Riegger’s Second Symphony. <3> While the opening movement was characterized by trichords, the second movement emphasizes tetrachords instead. Smith introduces a melodic and rhythmic motive early on in this movement; this (0123) motive is repeated with slight rhythmic variation throughout the movement. The second movement does not end symmetrically as the first did; instead, Smith concludes the movement with an (0235) tetrachord instead. Example 2 shows the opening (0123) motive and the evolved (0235) motive at the conclusion. The interval content of the pitch collection changes from <321000> to <122010>, with the most notable difference being the inclusion of ic5 in (0235). The contrast between the iterations of the motives (0123) and (0235) calls back to the contrast between semitones and whole tones in the first movement, although this time the initial set expands rather than contracts.

For the third and final movement, dedicated to jazz flutist Jerome Richardson, Smith shifts to serialism: complete tone rows are introduced within a traditional ternary form. As seen below in Example 3, four distinct internal trichords and three distinct internal tetrachords can be derived from this row. In retrospect, the compositional choices of the first two movements are found in the row of the third movement. The first movement utilized mainly (027) and (016) trichords while the second movement featured (0123). 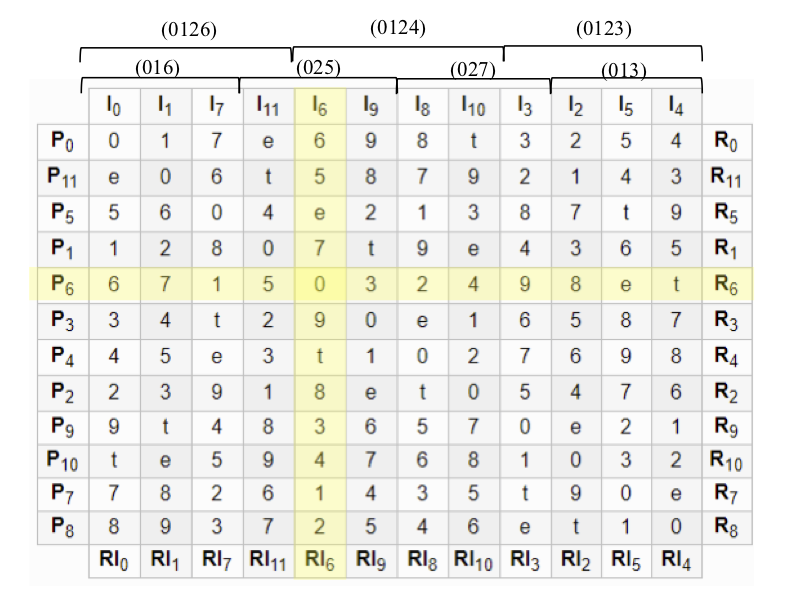 In his analysis of Smith’s Evocations, Maxile notes four row forms that have the same boundary tones, with Smith often linking tone row statements with common tones. <5> The four primary row forms employed in the third movement of Three Brevities are P6, R6, I6, and RI6, clearly linked through pitch-class (pc) 6. P6 is presented first, with pc6 repeated utilizing the rhythmic pattern from the first movement of two sixteenth notes followed by an eighth note. This is unsurprising as Smith is “a motivic kind of composer in that [he] tend[s] to work with a few key motivic ideas” to unify a composition. <6> RI6 follows yet the opening tetrachord is repeated prior to the entire row form being heard. This repeated tetrachord is a member of (0123) and is reminiscent of the second movement tetrachord motive. The beginning of I6 elides with the end of RI6 and once again features the three-note repetition of pc6 from the opening of the movement. Following the sounding of I6, one would expect R6 to appear, yet it does not; Smith’s composition moves to seemingly unrelated material for the B section, recalling motives from the prior movements as well as subsets of the four main tone rows.

One such subset, a hexachord from R6, is repeated four times before continuing on to unique material in the B section. Prior to the return of the A section, the hexachord from R6 is heard again, but this time in retrograde, an allusion to the first movement. This second presentation of the R6 hexachord is the retrograde of the initial presentation. A full iteration of R6 ultimately concludes the movement, completing the four pc6-based row forms.

The retrospective cohesion of Smith’s work is expected given his comments on his own compositional process. In an interview, Smith stated how “one must be able to extract from one’s ideas all of their possibilities. You have this entity that has all sorts of implications.” <7> One such entity is Smith’s near-obsession with ic5, found repeatedly through his compositional choices in this work. The duration of the piece is set at 5 minutes and 15 seconds; the first movement is 50 measures long; the time signature of the second movement is 5/8; and finally, his persistent use of ic5. The connection of ic5 to Smith’s jazz-like pieces is well-known, yet it must be asked: why ic5? Perhaps it allows him to venture into complex musical realms while maintaining a connection to tonality as a perfect fourth/fifth. Perhaps, like Bach, Smith wanted his name to shine in his works; after all, Smith is five letters long. This is only a small sample of Smith’s ability to extract all possibilities from a single entity. Cohesion in Smith’s compositions can be further explained through his idea of a nucleus. “Everything relates from the smallest nucleus through the finished fruit, through the tree itself.” <8> For Three Brevities, the nucleus is without a doubt the row form of the third movement, without which the rest of the piece cannot be understood.

Smith received critical acclaim during his career, having his pieces performed by the New York Philharmonic, the Cleveland Orchestra, and more. Being an active composer in the 1950s and 60s, Smith found himself in the middle of racial discussions: he was often seen as a spokesperson or representative asked to speak on behalf of black artists. Smith stated: “the tendency among many people still is to assume that the black American composer is not on an equal level with his white counterpart.” <9> Smith’s words are reminiscent of Phil Ewell’s groundbreaking work with “Music Theory’s White Racial Frame,” which acknowledges the deficit of Black composers and their work within the Western music canon. <10> Both Smith and Ewell advocate for a reframing of Western music standards to be inclusive rather than exclusive, specifically in regards to the race of composers. In 1971, Smith stated “I have faced the question as to whether or not my work was worthy of appearing on programs of music by the recognized masters of my art.” <11> It is clear, through scratching the surface of just one of Smith’s pieces, that his work is more than worthy of being programmed, analyzed, and included in the Western canon.

The score for Three Brevities for Solo Flute is published by ED Marks Music Company and is available for purchase through Subito Music Corporation. A wonderful performance by Laurel Zucker on flute can be found at the following YouTube links: first movement, second movement, and third movement.

<3> This claim remains unconfirmed, as there are no public recordings of the Second Symphony nor is the score accessible to the public. For more reading on Reigger, see his Britannica Encyclopedia page. 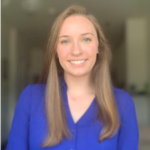 Megan Lyons is a PhD candidate and graduate teaching assistant in music theory and history at the University of Connecticut. Her research areas include music theory pedagogy, Amy Beach, Joni Mitchell, and post-tonal music. She has an article in Engaging Students: Essays in Music Pedagogy, a forthcoming chapter in Teaching and Learning Difficult Topics in the Music Classroom, and presented at the 2020 annual meeting of the Society for Music Theory.